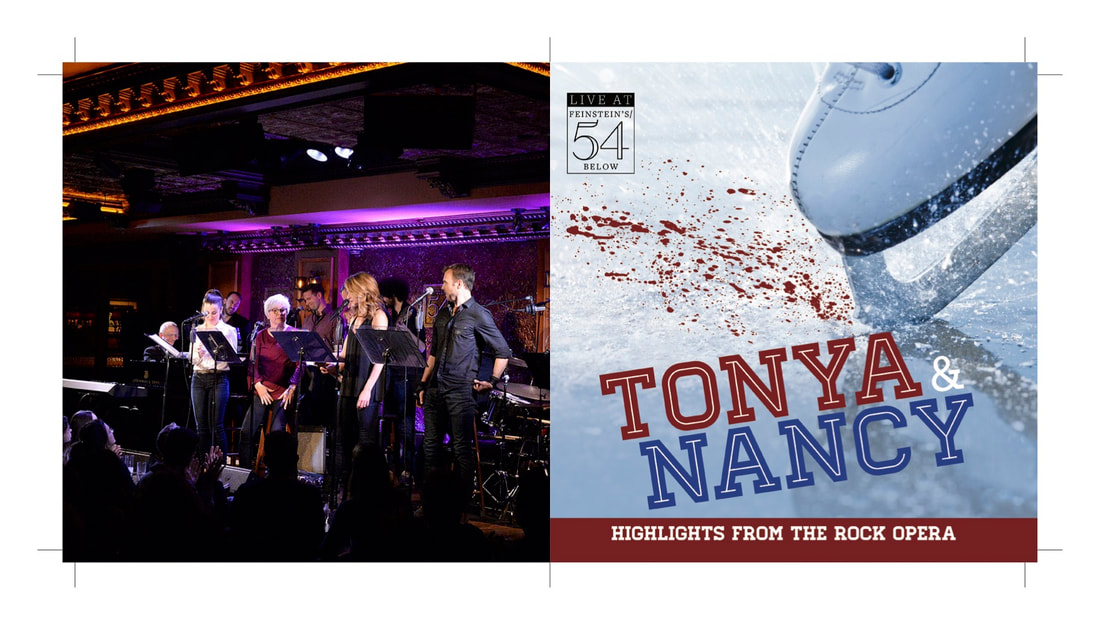 ~2021: Tonya & Nancy is available as a concert film on 'streaming musicals.com'; the film was shot at 54Below in nyc by bill searle/cholla productions.  It featured a Broadway cast & is a cd from broadway records.

~CONCERT event at 54Below in NYC:
CD from Grammy-winning Broadway Records can be ordered here from Broadwayrecords.com
​A Recording of Broadway Stars performing songs from 'TONYA & NANCY: THE ROCK OPERA'
at Feinstein's 54Below in a sold-out event.

~CD reviewed in Broadway World ("'TOnya & Nancy' Gets High marks") and in BROADWAY TO VEGAS ("The CD is stunningly awesome")-
~CD stars Tony Award nominee Lauren Worsham as 'Nancy' and Broadway star Ashley Spencer as 'tonya'
~Featured in Broadway World and Playbill and Broadway.com
~ABC: a clip from the rock opera was shown on ABC's Tonya harding speciaL

“Before there was the new Tonya Harding biopic I, Tonya, there was Tonya & Nancy: The Rock Opera, an uproarious musical”   Broadway.com

~TONYA & NANCY: THE ROCK OPERA Played in the summer of 2018 in suburban DallAs, TEXAS along with Rocky Horror PICTURE SHOW and Hedwig & THE ANGRY INCH-
~tONYA & NANCY had a 6 week run in CHICAGO; won a Jeff theater award (2016/2017 awards)
~Chosen as one of the 'Top Five musicalS of the year'
by New City Stages
~a 'recommended show' by Chicago's 'Jeff Awards'-- Jeff award Nominations for 'best actress' and 'best supporting actress' in a musical
~Featured in Broadway World!

'The driving energy behind this musical, which features a book and lyrics by Elizabeth Searle (who first wrote about the skaters in her novella “Celebrities in Disgrace”) and music by Michael Teoli (a Los Angeles-based film and theater composer), is a delicious one'
~chicago sun times

“IT’S A FABULOUSLY WEIRD AND LEGITIMATELY EXPERIMENTAL MUSICAL PRESENTED IN A TIME WHEN THEY’RE TOO HARD TO COME BY.”
~CHICAGO READER

Brilliant and touching
- The Portland Mercury

THIS STORY WAS ALWAYS MEANT TO BE A ROCK OPERA… it packs in a tremendous amount of song, dance, and laughs. Don't miss it.
- TheaterMania

This is beautiful and perfect, and you’re just upset that you didn’t think of it first.
- MEDIAITE

tonyaandnancytherockopera.com-- VISIT OUR WEBSITE LINKED BELOW AT 'LEARN MORE' 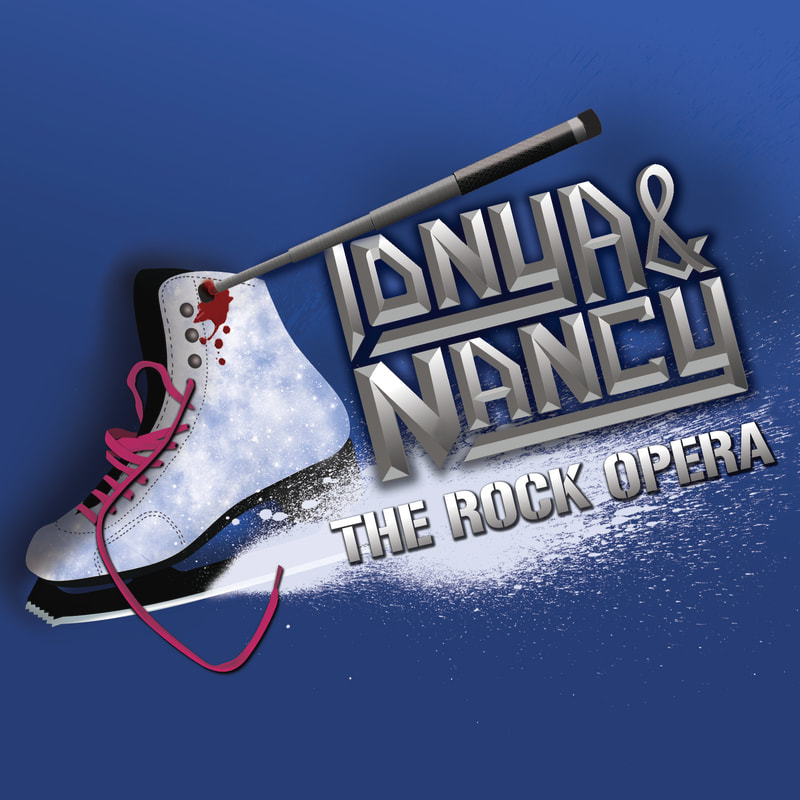 Elizabeth created the concept, book and lyrics for TONYA & NANCY: THE ROCK OPERA (music by Michael Teoli) and the concept and libretto for TONYA & NANCY: THE OPERA (music by Abigail Al-Doory Cross)-- Both shows have drawn national and international media as well as strong reviews and have been produced multiple times.  The opera has been produced in Boston, Houston and two times in MN, most recently in 2018, in St Paul/Minneapolis.  The Rock Opera has been produced in Portland, Oregon, in Boston, in LA, in Texas, in Chicago and suburban Dallas and in NYC; it had a sold-out run at the New York Musical Theater Festival plus concert events in NYC in 2018 and 2019; it has been produced in 2020 by TheaterZone, starring Broadway great Andrea McArdle.  See the TONYA & NANCY website (linked at LEARN MORE on this page) for updates on forthcoming productions and on the CD from the Grammy-winning Broadway Records.

“[Searle] is a woman who understands my/our obsession with pop. culture: she created a rock opera about Tonya Harding and Nancy Kerrigan. I say this completely unironically: genius.”
- Valerie Clark, Barely South Review