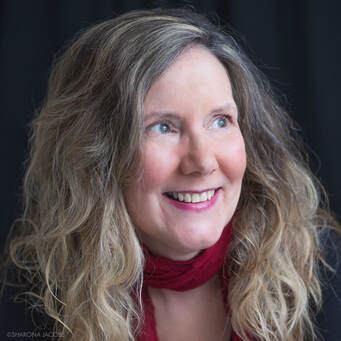 Elizabeth Searle writes fiction and scripts. She was born in PA and grew up in SC, KY and AZ.  Her father wrote hundreds of published Letters to the Editor as well as a column in his local paper, giving Elizabeth her passion for politics.  Her mother was a Librarian who loved both books and theater, two of Elizabeth's creative passions.  Elizabeth started writing with her sister, in the wilds of South Carolina, where the two 'broadcast' (on walkie talkies) a radio Soap Opera called 'What A Way to Live.'
After years of happily writing fiction, including multiple books, Elizabeth returned to her first love of script-writing in 2006.  Elizabeth's and Michael Teoli's Rock Opera, TONYA & NANCY THE ROCK OPERA-- as well as her and Abigail Al-Doory Cross’ opera, TONYA AND NANCY: THE OPERA-- have been produced multiple times to widespread media coverage.  Two short films produced from Elizabeth's work have screened at Festivals.  Elizabeth has several feature film scripts in development. I'LL SHOW YOU MINE, a feature film she co-wrote, is forthcoming as a Duplass Brothers Production film in 2021.

Elizabeth continues to write fiction as well as scripts, most recently her novels WE GOT HIM and GIRL HELD IN HOME. Her previous books are CELEBRITIES IN DISGRACE, a novella and stories; A FOUR-SIDED BED, a novel nominated for an American Library Association Book Award and in development as a feature film; MY BODY TO YOU, a story collection that won the Iowa Short Fiction Prize, judged by James Salter. Elizabeth's theater works have drawn national and worldwide media attention.

Her short stories have appeared in magazines such as PLOUGHSHARES, REDBOOK, NEW ENGLAND REVIEW AGNI, and KENYON REVIEW, SOLSTICE and in over a dozen anthologies such as LOVERS and DON'T YOU FORGET ABOUT ME. She's won a Boston Literary Death Match.  She received her MFA from Brown University, where she studied with John Hawkes.

Elizabeth has taught fiction writing at Brown, Emerson College, Bennington MFA and the University of Massachusetts. She has taught at Stonecoast MFA (University of Southern Maine) since the program's inception, on faculty for over 15 years. She has co-edited an anthology on Soap Operas (2017) and on Teen Idols- IDOL TALK (2018).  A stage version of Idol Talk premiered in 2019.

​BOOKS (published in AudioBook version from Blunderwoman Productions in 2018)